skip to main | skip to sidebar

Yes, I Am Still Alive 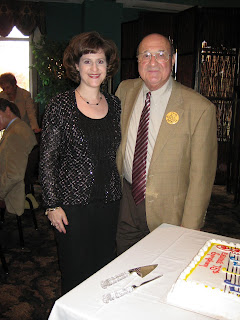 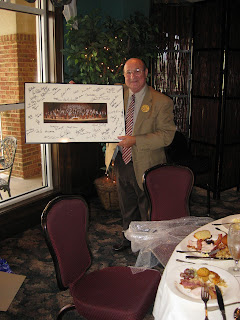 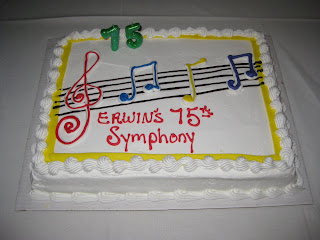 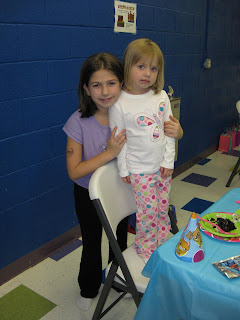 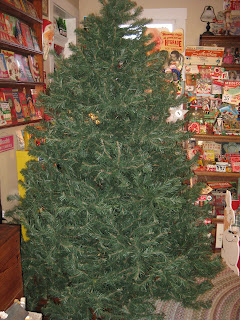 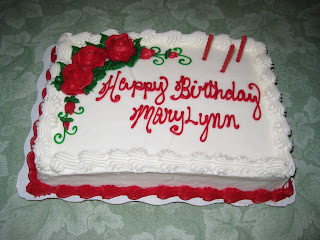 So, in the last 2 in a half weeks I have continued to decorate for Christmas, put up 27 trees, flown to Virgina, celebrated my dad's 75th birthday, pulled off three surprises for his birthday, celebrated Emma's 4th birthday while there, shopped in Williamsburg till we shut the stores down, flown back to Indiana, unpacked 130 lbs worth of luggage, celebrated Thanksgiving with my aunt and uncle in Hanover, celebrated my aunt's birthday Sunday at my house, listed like a mad woman on etsy, topped 2000 sales on etsy (WOO HOO!!!!), packed, shipped, hunted, sorted, grocery shopped more times than I can count, cleaned, dusted, decorated outside, prepared for our upcoming open house (ongoing!), wrapped Christmas presents, worked, written my last set of minutes as MSPA Secretary (I'm retiring!), taken pictures of an antique store in Jeffersonville for an article that hasn't been written yet for Vintage Indie, mailed/delivered open house invitations, reinjured my pinky, gone to the doctor about my pinky, created two handmade perfume bottles (one for my aunt for Christmas, one for my etsy shop!), done endless laundry, put away endless amounts of clothing and stuff....you get the idea!

See why I haven't had time to update my poor, neglected blog?!

I'll be back soon I hope!
Posted by obsessed scrapbooker at 10:34 PM 2 comments:

Death in the Family

Tim's nephew, mine by marriage, died unexpectedly this week. So sad.

Born in Orrville, OH, he was a graduate of Male High School and University of Louisville Speed School. He was the owner of Red-Sky Software, where he was a computer programmer, an avid stalker of Tift Merrit and member of Louisville Ale Club.

He was preceded in death by his father, Larry L. McCandless; grandparents; and beloved nephew, Cpl. Michael Christopher Kaufer.

A memorial visitation will be from 2-8 p.m. Sunday, November 15, 2009 at Highlands Funeral Home, 3331 Taylorsville Road. Cremation was chosen.

Expressions of sympathy may be made to the KY Humane Society.
Posted by obsessed scrapbooker at 10:25 PM No comments:

I Got Rear Ended Last Week 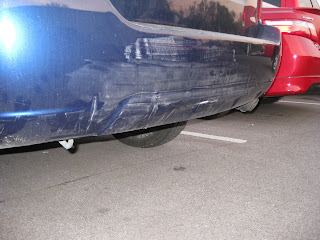 Yep, got rear ended. After spending 5 hours fighting with picture developing at Walgreens last Wednesday, I headed to Wal Mart and cut up Daisy Ln. I never drive Daisy Ln. and am just not familiar with the road. About half way up, I approached a 3 way intersection that I found very confusing and when I saw the word STOP painted on the road in front of me I was unsure as to whether or not that was meant for me or the slight lane next to me. Everyone was stopped at the two other intersections, so I thought I'd better slow down, stop and check things out before heading onward. That's when I got rear ended.

Fortunately, the driver of the pick up truck that hit me was a nice guy (even if he was apparently following too closely) and very cooperative. No one was hurt (I did have a little whiplash for a couple of days but that went away thankfully!) and the policeman didn't issue him a citation. I got an estimate last Friday for the damage and had a certified check in hand Sunday afternoon.

Took my SUV to the dealership last night and they will be replacing and painting my new bumper today.
Posted by obsessed scrapbooker at 9:05 AM 1 comment:

I just got home tonight from my last MSPA meeting as official Secretary. I held that position for over 5 1/2 years. It was time to retire and use the much needed time for other endeavors. I thoroughly enjoyed the experience though and learned a great deal from it.

Anyway, in an attempt to wind down the evening, I decided to catch up on my blog reading and I stumbled across a link to this list on etsy by numbers tonight while reading Salvage Nation's blog.

Much to my surprise, I discovered that I am No. 19 on their list of top Etsy vintage sellers! WOW! That was a super feel good moment!
Posted by obsessed scrapbooker at 8:30 PM 2 comments:

Halloween at Our House 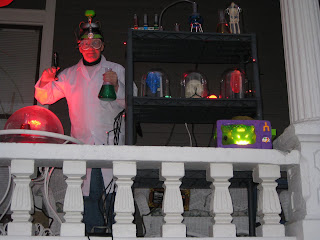 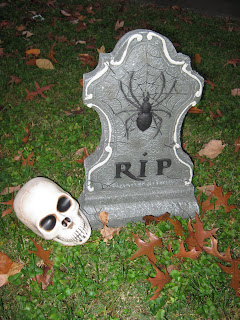 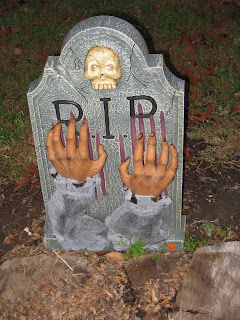 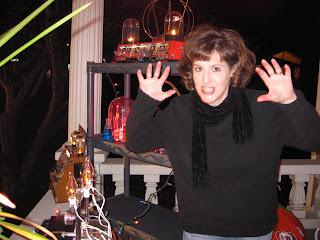 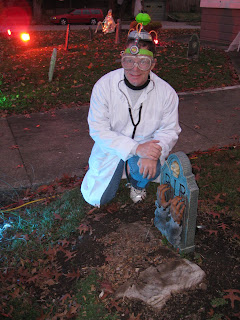 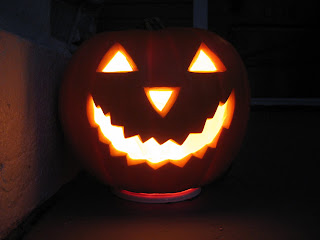 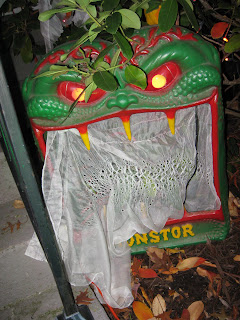 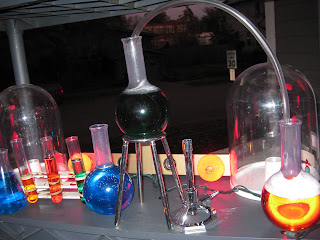 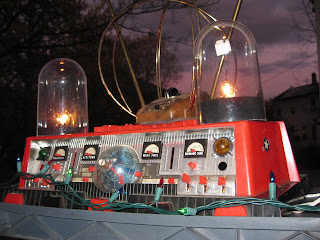 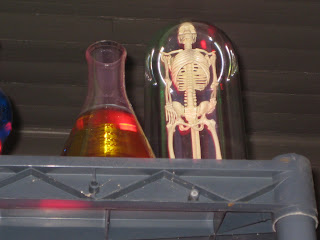 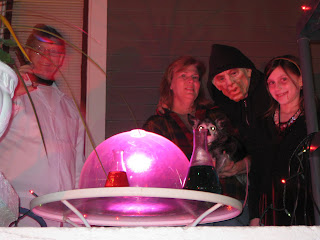 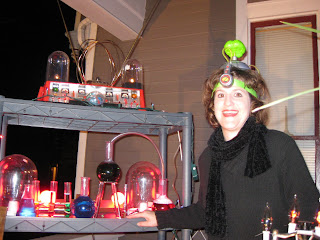 Once again, Tim went all out for Halloween. He spent all of Saturday setting up his mad lab on the front porch and a graveyard in the front yard complete with fog, a cauldron emitting blue smoke, spooky music and eerie lights all around. He donned a white lab coat, some extra memory on his head and played the part of mad scientist.

The day turned out to be sunny if just a little chilly and the evening brought lots of trick or treaters our way.
Posted by obsessed scrapbooker at 8:31 AM 1 comment:

Vintage Indie Magazine, your online source for living a Modern Life with a Vintage Perspective